Round Two in Assen 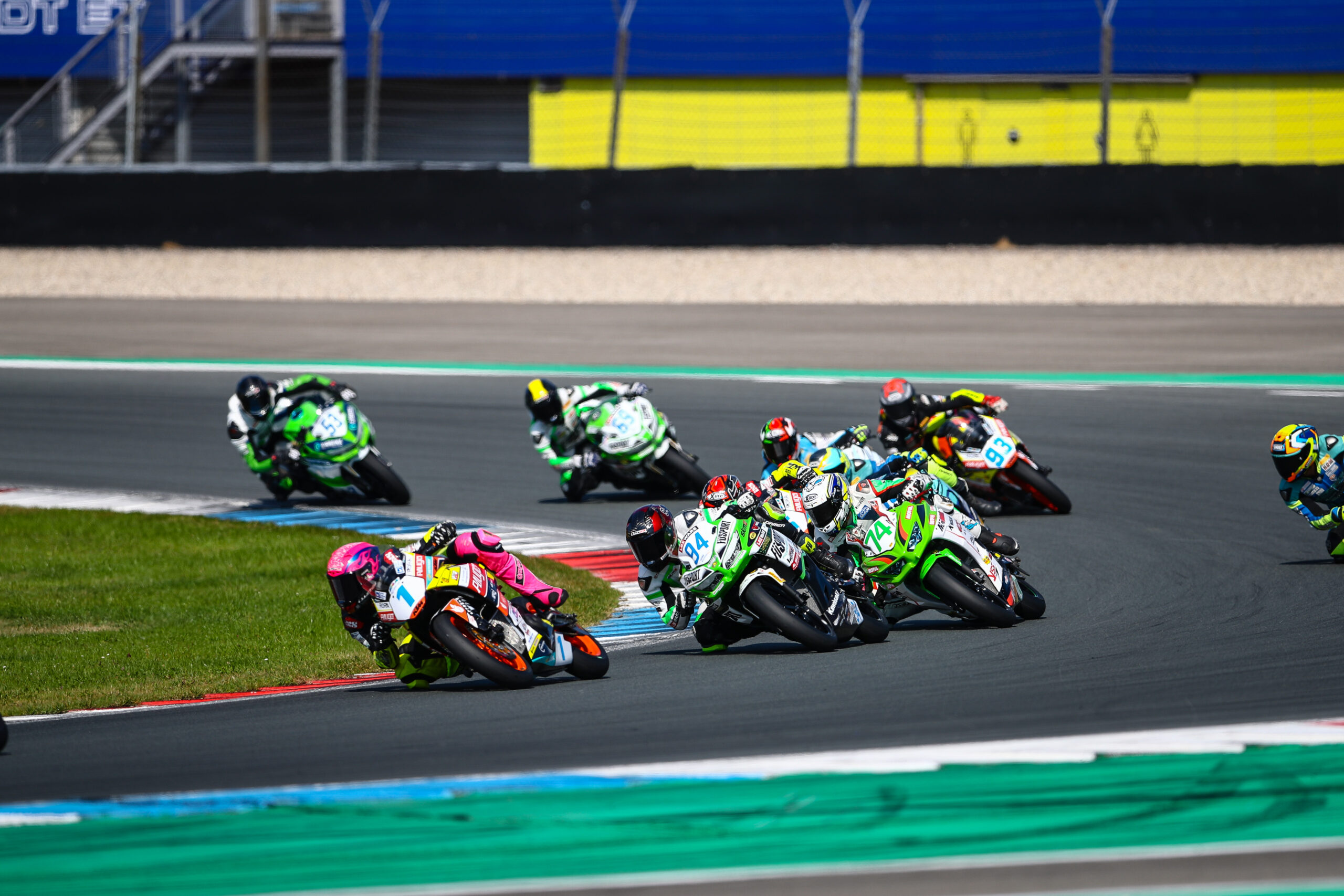 This weekend it went for Lennox Lehmann again to Assen. After his World Championship race in April, this time he took the IDM Supersport to the TT Circuit. With Dirk Geiger, another World Supersport 300 pilot will start in Assen.

The two world championship riders in the IDM rounds in Assen should be almost impossible to pass. Lennox Lehmann put his KTM in third place on the grid with a qualifying time of 1:52.000. So it was straight into the first race in Assen for the Freudenberg rider on Saturday.

Right from the start, pole setter Dirk Geiger put on a lot of pressure and, together with Scott Deroue, hurried away from the other riders. Lennox Lehmann tried to keep up, but had already lost a position by the end of the first lap and found himself in the chasing pack. It was not an easy race for the Freudenberg rider, as he lacked the feeling for his KTM. Nevertheless, he fought his way through and fought for the third place on the podium. There were constant position changes in the chasing group right to the end. In the end, the Dresden rider succeeded in positioning himself better in the last chicane and thus clinched third place. The winner was Dirk Geiger ahead of Scott Deroue.

Sunday saw the second round of the IDM SSP 300, which was almost a copy of the first round - with a few exceptions. Despite an unsuccessful start, Lennox Lehmann was again able to position himself in the chasing group behind Geiger and Deroue. The Freudenberg KTM - Paligo Racing Team rider was able to pull away together with the Spanish guest starter Juan Antonio Conesa (MTM Kawasaki). They took up the chase together, but were never able to get close to first and second place. The two riders also engaged in gripping duels and at the end of the race a photo finish decided third place. With a lead of just two thousandths, Lennox Lehmann took third place on the podium. Once again the podium was - Dirk Geiger, Scott Deroue and Lennox Lehmann.

Lennox Lehmann (Freudenberg KTM - Paligo Racing): "Unfortunately, I could not keep up the pace of Dirk and Scott in the races and therefore had to let them drive. Nevertheless, I am not dissatisfied with the weekend and am already looking forward to the next race in the IDM at the Red Bull Ring."