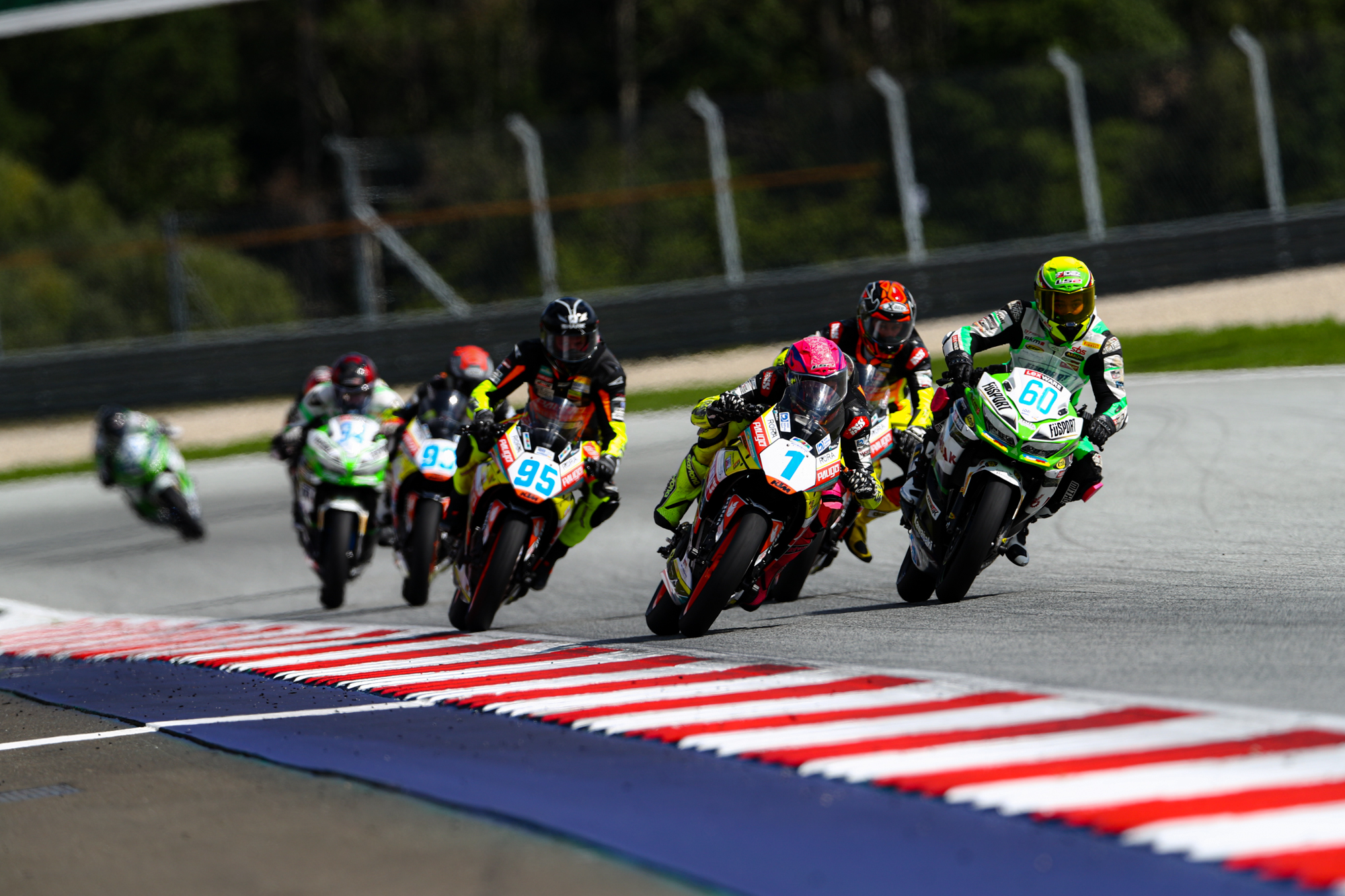 The last two IDM races for the 2022 season were this weekend for Lennox Lehmann in Spielberg. This meant that four drivers were again competing for the Freudenberg Team.

In the free practice sessions on Friday, Lennox Lehmann placed fourth with his best time (1:50.925). This was the best time for the Freudenberg KTM - Paligo Racing Team. In the two qualifying sessions on Saturday, the time was improved again to 1:49.981. This meant that Lennox Lehmann started the race from third place on the grid on Saturday afternoon.

The first race of the IDM Supersport 300 was an IDM race made to measure. With nine riders fighting for the win. Lennox Lehmann was able to take the lead from pole setter Dirk Geiger on the first lap. After that it went in countless position changes over the Red Bull Ring in Spielberg. It was a permanent exchange of blows between the KTM and Kawasaki pilots. Into the last round it went for Lennox Lehmann as sixth. With a final overtaking maneuver in the last corner, the young man from Dresden fought his way to third place behind his teammates Leo Rammerstorfer and Walid Kahn. The first four places went to the Freudenberg KTM - Paligo Racing Team, a first for the team from Saxony.

Sunday afternoon saw the second race of the IDM Supersport 300, and it was a blueprint of the first race. Another battle between the KTM and Kawasaki riders. Lennox Lehmann was able to quickly take the lead and led the race for long stretches. Until he was swallowed by his pursuers just behind the finish line on the last lap. Lehmann kept up, but was taken off his bike in the new chicane of the Red Bull Ring. The KTM rider was unable to resume the race, but fortunately remained uninjured.

Lennox Lehmann (Freudenberg KTM - Paligo Racing): "What a team performance on Saturday. A triple podium for KTM is really amazing. And that in Austria. Simply crazy. The crash on Sunday was annoying. Luckily nothing happened to me. From Spielberg, it's now straight to France and there we will attack again."