Turbulent end to the season in Portimao 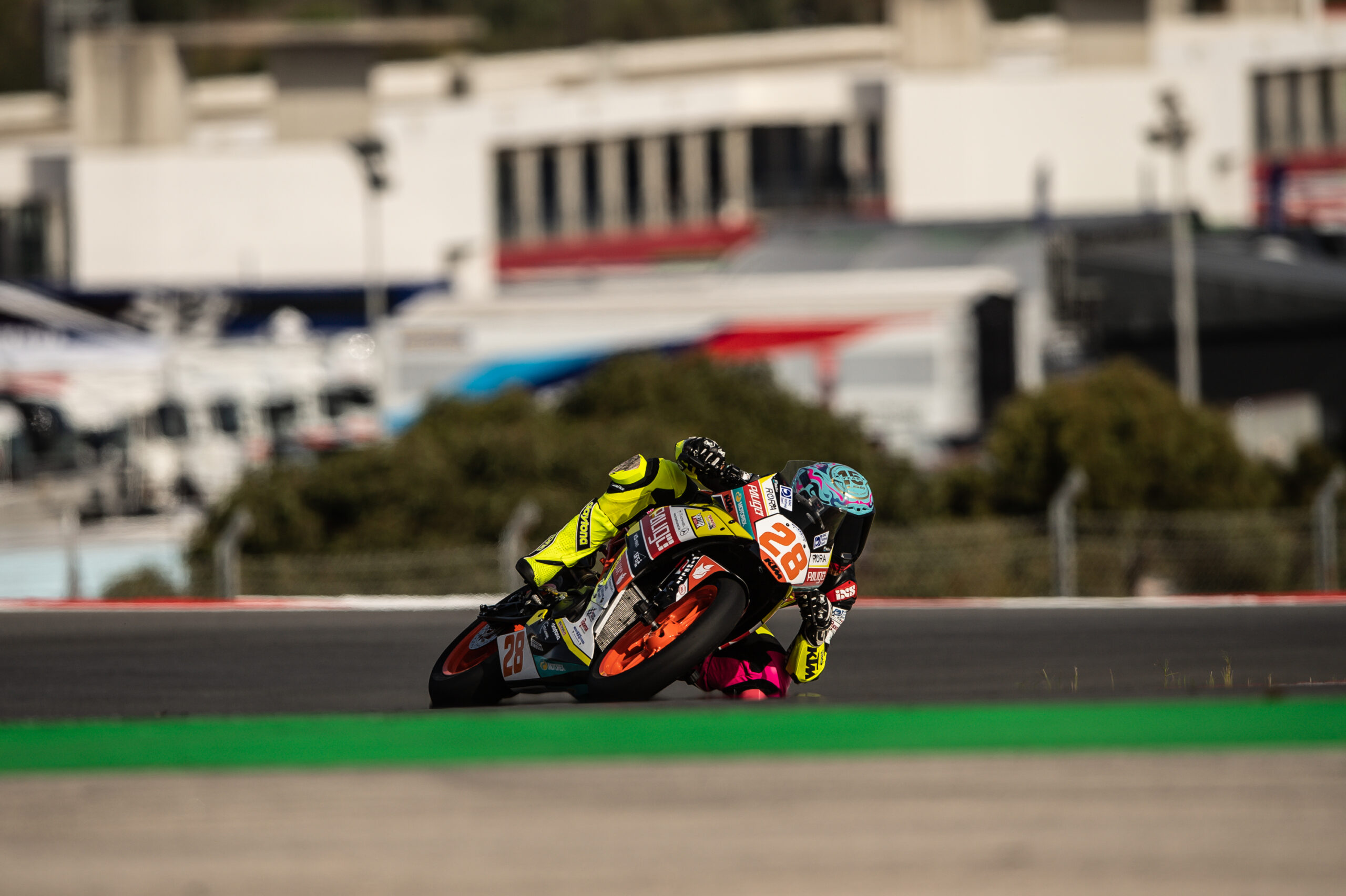 The World Supersport 300 World Championship ended with the last two rounds in Portimao. The track in the Algarve was new terrain for the sole KTM rider Lennox Lehmann. In addition, the track with its mountain and valley passages offers a very challenging layout.

The practice runs on Friday were mixed for Lennox Lehmann. The Freudenberg team kept making adjustments to the bike, but it didn't quite fit. With times of 1:57.094 in the first practice run and 1:56.909 in the second, Lennox Lehmann found himself in the middle of the World Supersport 300 field.

With his time of 1:56.759 sec. it was in the Superpole on Saturday morning only 26th place, so Lennox Lehmann had to start from row nine in the race. The KTM rider did not feel completely comfortable on his bike, especially in the front. This did not change during the races.

The first race on Saturday afternoon was stopped after a serious accident between Victor Steeman and Jose-Luis Perez and was not continued until late afternoon. In the end, Lennox Lehmann was able to score a point in the shortened race with his 15th place.

Sunday afternoon saw a turbulent start to the second race. While preparing for the start, the officials noticed that the Freudenberg driver's tires were underinflated. After the tires had been given more pressure, Lennox Lehmann had to join the end of the field. In addition, there was now too much pressure in the tire. It was no starting position, for this last race of the season. Due to the cooler temperatures than in the first race in Portimao, the field of riders remained closer together and Lennox Lehmann was able to keep up. In the end, taking into account the track limit penalty, it was a respectable seventh place.

The last two races of the season in Portimao were challenging for the Freudenberg KTM - Paligo Racing Team and Lennox Lehmann, not only physically but also psychologically.

Lennox Lehmann (Freudenberg KTM - Paligo Racing): "It was a difficult weekend. On and off the track. Nevertheless, I am quite satisfied with the second race. To ride from the very back to 7th place is not so bad. I wish Victor still a lot of strength and hope that we hear soon good news from the hospital."