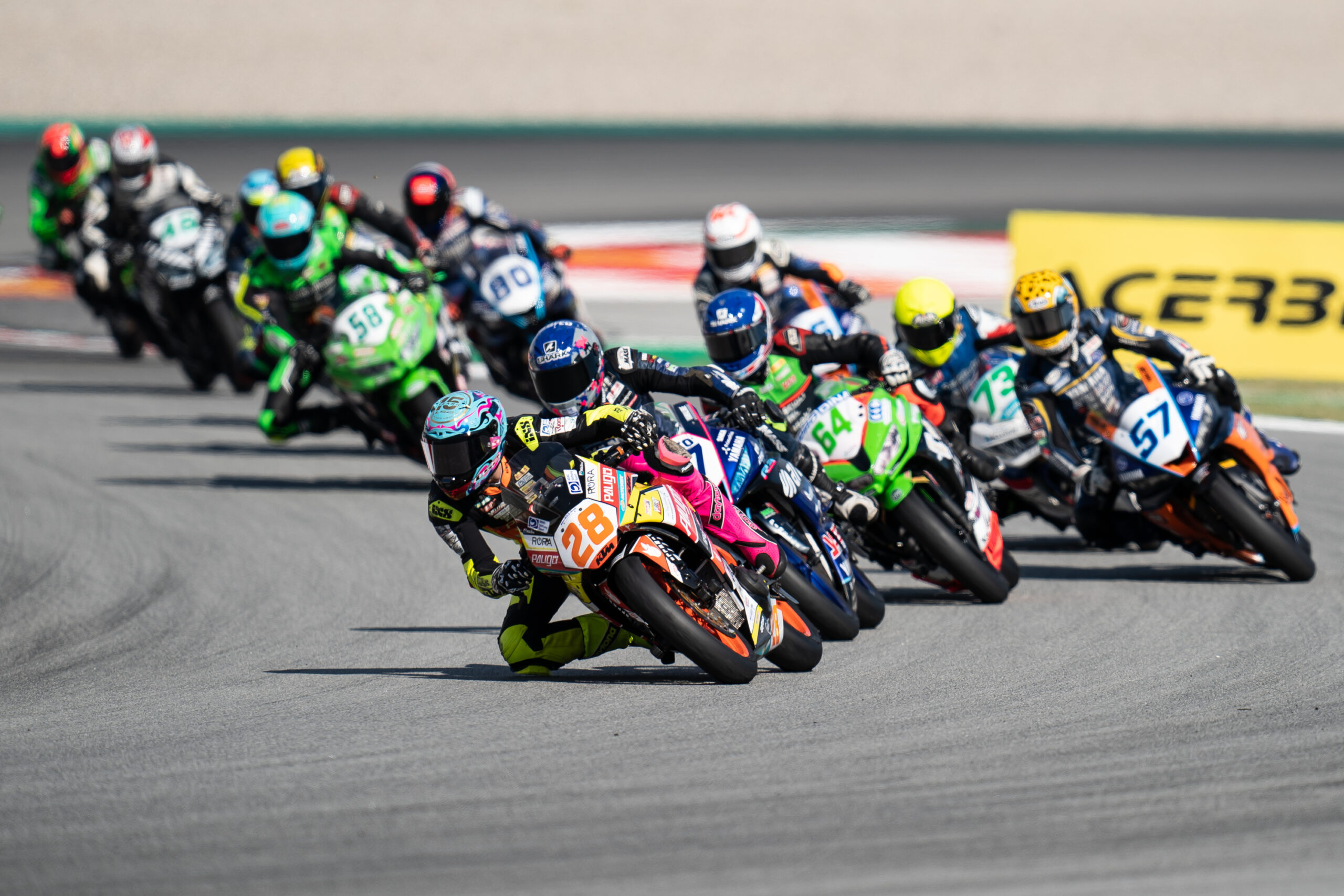 The practice runs on Friday were mixed for Lennox Lehmann. Everything looked very promising. In the first session on Friday morning Lennox achieved his best time of the weekend with 1:55.760 sec. In the second session in the afternoon the asphalt temperatures had risen, but the times of the KTM pilot became slower. In the end he was 15th with a time of 1:56.598 sec.

In the Superpole on Saturday, the times became even slower. For the young man from Dresden nothing wanted to go together in the morning. With his time of 1:58.323 sec. he finished 22nd, so Lennox Lehmann had to start the race from row eight.

The first race on Saturday afternoon got off to a tough start. The Freudenberg driver immediately fell behind. Until the eighth lap, the entire field of riders remained within just 3 seconds of each other. There was a constant change of positions, as is the rule in the World Supersport 300. For Lennox Lehmann, the race was characterized by position changes. It went back and forth. In the end it was 12th place for Lennox.

At the beginning of the second race on Sunday afternoon, the course of the race from the previous day apparently repeated itself. At the beginning Lennox Lehmann dropped back again, but this time the only KTM rider was able to quickly catch up with the leading group. On lap four, pole setter Victor Steeman pulled away from the rest of the field. Two laps before the end Lennox Lehmann started an overtaking maneuver. Within two corners, the Freudenberg driver made the jump from 15th to second place. If the race had ended here, it would have been a spectacular comeback. However, Lennox was unable to pull away. On the start and finish straight, he was overtaken by the other drivers and lost several places - in the end, he finished in 17th place.

The results in Barcelona did not reflect Lennox Lehmann's performance. In Barcelona, the little bit of luck was missing in some situations.

Lennox Lehmann (Freudenberg KTM - Paligo Racing): "Unfortunately not the result I had hoped for. The speed was there and my team did a great job. I just couldn't really put it into practice somehow. Next week we go to Portimao for the final of the World Supersport 300, where we will attack once again."